Townsend Church of England School is a secondary school based in St. Albans, Hertfordshire. Here we explore the benefits that the school is enjoying in using SchooliP and moving from a paper based performance management system. Assistant Headteacher, Kirsten Davey explained that their previous system was somewhat tiresome.

The school first heard about SchooliP following a marketing email and then a decision was made to adopt the system following a demonstration. In overseeing the SchooliP system, Kirsten has observed a number of benefits throughout the school.

We now have a central place for all appraisal records and monitoring the process is very easy. I can see if suitable objectives have been set and if they are being achieved. For instance, at a glance, I can oversee the quality of teaching and learning throughout the school. 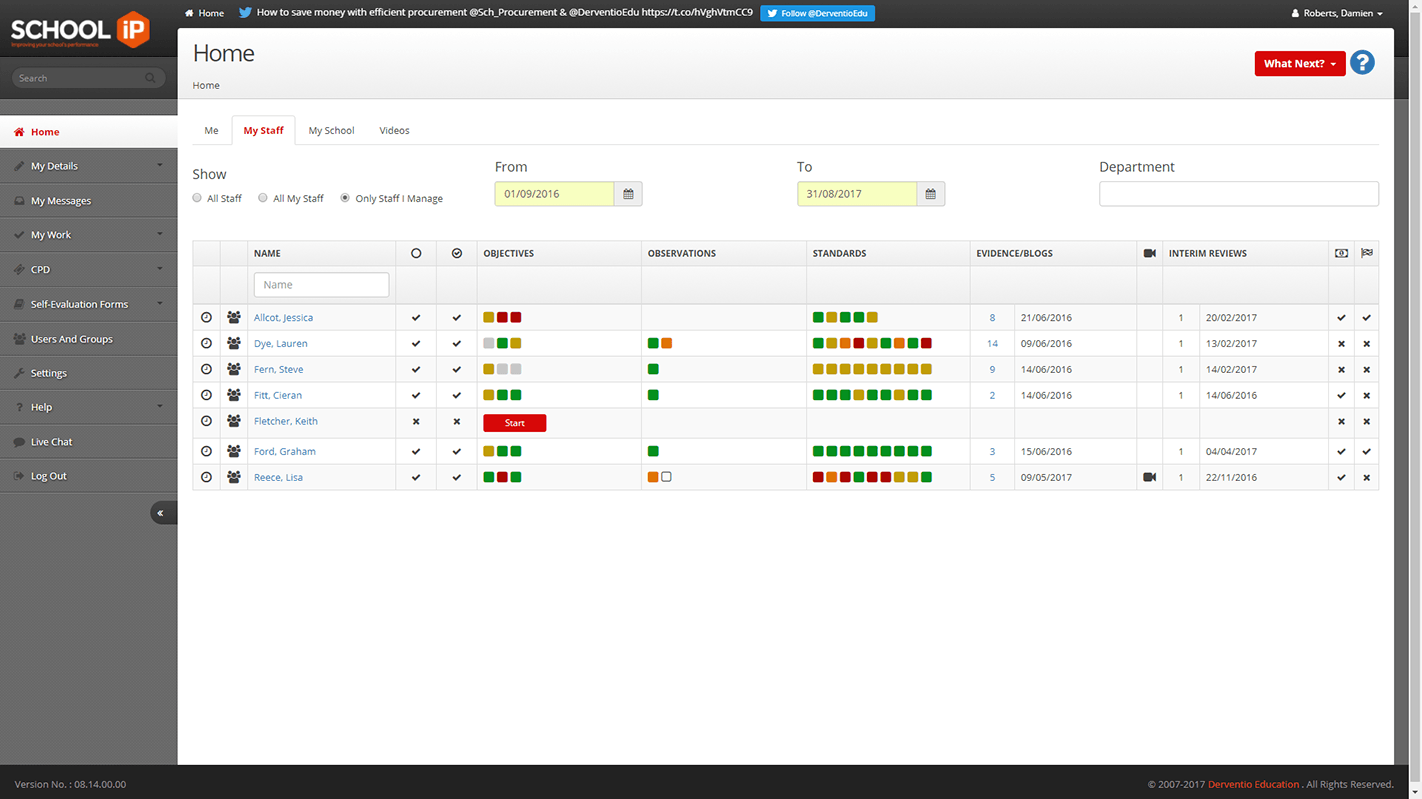 Kirsten was realistic in describing the initial attitudes of staff towards using SchooliP.

To begin with, the reception of our staff was mixed. Most staff really liked it. However, it was a challenge to convince a minority of staff to move to an electronic system as there was a concern that it would create additional work. Nevertheless, the user friendly system has won over the doubters.

We then asked Kirsten which feature of SchooliP has been of greatest benefit to Townsend Church of England School, she identified the ease in which evidence can be uploaded. SchooliP features a mobile app that enables all manner of resources to be uploaded to illustrate performance. This can be pupil work, pupil performance and videos. Staff are able to show what they have been working on to achieve their objectives.

Lastly, we asked Kirsten what she would tell another school that is considering SchooliP.

SchooliP is a much more user friendly piece of web based software compared to other similar products on the market and has made tracking appraisals and the quality of teaching and learning in lesson observations much easier. It is easy to use, highly efficient and it cuts down workloads. The support offered by SchooliP has been of great benefit with good customer service.

We are delighted that Kirsten and her colleagues are experiencing many benefits in using SchooliP. If you would like to find out more about SchooliP, please do get in touch with our sales team. We would be delighted to arrange a no obligation, free demonstration for you. Please call 0333 0433 450 or email: info@derventioeducation.com