Wellingborough School, a coeducational independent school , have implemented the integrated performance management software SchooliP and are now able to ensure the highest possible standards for their school.

The school which was established in 1595, with 880 students on roll and 127 teaching staff, can now seamlessly integrate not only Performance Management, but also Improvement Planning, Self Evaluation and Continual Professional Development (CPD) in one, easy to use system. Trevor Gray, the Deputy Headteacher, explains why they decided to join hundreds of other schools utilising the SchooliP software. 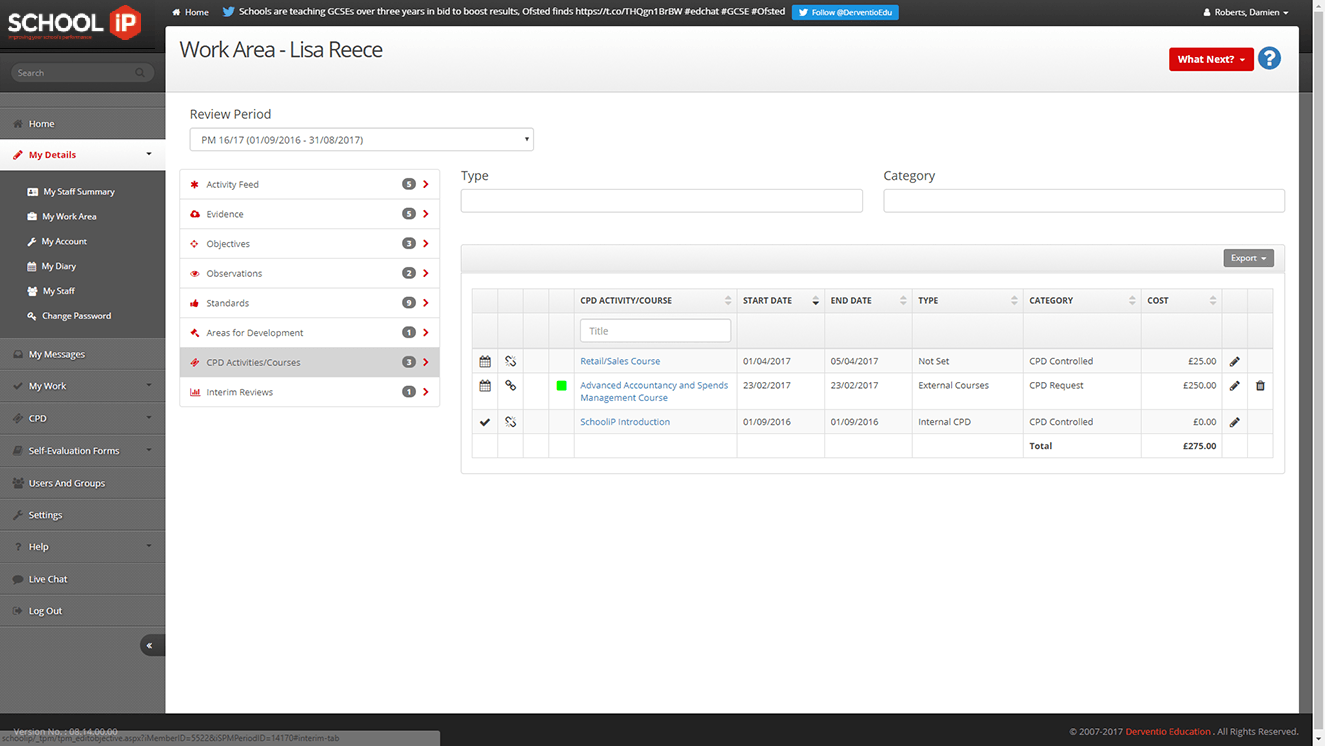 We asked Trevor what School improvement software they used previously, he informed us that:

“Before SchooliP we used various ‘Self Created’ systems such as paper based solutions and Excel spreadsheets. It was very difficult to ensure that elements such as Observations, and Development Plans were interlinked”.

SchooliP not only acts as a centralised location to quickly and easily access all the information you require, it also intuitively integrates all elements of school improvement, including lesson observation feedback, which then all links to school development plans which are embedded into the system.

We then asked Trevor if they looked at any other software before decided on SchooliP:

A lot were only focussed on teaching and learning whereas SchooliP offers this and much more.

“We looked on and off for a solution but nothing was quite like SchooliP - a lot were only focussed on teaching and learning whereas SchooliP offers this and much more.”

We were keen to hear how SchooliP had an impact from its inception, Trevor informed us that:

“Although we had only just implemented the SchooliP software into our School, we found that the ability to show a module of the system that tracked staff appraisal and peer observation was useful as part of our last ISI inspection.”

Although independent schools are already performing at the highest educational standards, our independent school customers have informed us that SchooliP ensured that their processes were far more efficient and allowed access to key information, whenever they need it. This allows independent schools to dedicate their focus to teaching and learning as time consuming administration tasks are eradicated as SchooliP does this automatically for you.

We asked Trevor how they were getting on a year later:

We saw real benefits and found the ability to keep linked data all in one place was extremely beneficial.

“In the first year we trialled the software with key staff and SLT and we saw real benefits and found the ability to keep linked data all in one place was extremely beneficial.”

Trevor commented that the best way for staff to transition to albeit an intuitive system, was the following:

“We have found that by introducing each of the modules one at a time has allowed the best transition for staff to get used to, for example we introduced Observation, Appraisal development in the first instance and are now looking at introducing the SEF element.”

We asked Trevor what he thought their next steps were with SchooliP:

“We now intend to invest more time on the SEF element and how to develop this and what data we need to garner together to utilise this effectively”.

SchooliP has been designed with the user in mind, and considerable effort has been put into both the user interface and the user experience, ensuring the software is easy for staff to pick up. In addition, SchooliP offers unlimited free online training sessions, live support within the software and a support team offering phone and email support. SchooliP also has a dedicated training manager who is available for onsite one to one training.

We’re thrilled to hear that Wellingborough Preparatory School are seeing real benefits from SchooliP and we look forward to supporting them further in the many years to come.